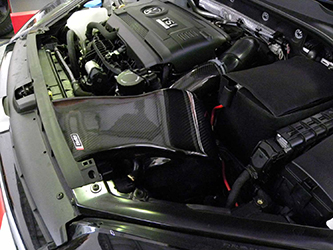 As a workshop in the performance tuning industry it is all too common to have a customer coming to us looking to have their car retuned after it has already been tuned at another workshop. Whether it be that the car is not making the power the customer was hoping or that the drivability just isn’t quite right, or sometimes it’s a combination of both… The fact is that there a lot of ways to NOT tune a Performance engine.

At the heart of performance tuning the fundamentals haven’t ever changed, the power output of an engine is largely dictated by the airmass consumed. All things being equal the larger the engine capacity the higher the torque output. Widespread acceptance of forced induction by OEM manufactures and aftermarket companies alike has meant that it is indeed possible to see a modern 2ltr 4 cylinder producing higher power and torque than a 5ltr V8 of the early days albeit with a fraction of the fuel consumption.

The advances in control strategies in cars has made this a possibility, also the smart logic behind the scenes in a control unit that allow high degrees of flexibility to allow all of the modern features to function seamlessly with each other, when calibrated correctly.

This is added complexity is unfortunately a lot of ‘Tuners’ downfall, modern EFI systems both OEM and Aftermarket alike are becoming more and more complex to calibrate correctly.

In one case, we have seen a car that had its aftermarket standalone management setup by another workshop and the owner had been told they needed to fit wideband oxygen sensors into the car so that it could be tuned correctly (which we would agree) but in the settings of that control unit the widebands had not been configured to do anything other than just being a gauge as such.

This is ludicrous as the whole idea of buying, wiring and programming widebands is so that the calibrator can implement a closed loop fuel strategy in the control unit and/or have the ability to setup Lambda based protection features in the tune.

Another all too often example is ways in which inexperienced/uneducated Tuners will actually detract from an OEM’s ECU’s functionality simply due to the fact that they cannot be bothered to calibrate it correctly or don’t know how.

Prime example of this is, vehicles with factory electronic boost control (WRX, EVO, XR6T, practically anything with a turbo fitted from factory that was made after 2000) and the tuner has told the owner that they need to fit some sort of aftermarket or mechanical boost controller e.g. Boost Tee etc.

In practically all cases the factory ECU will do a better job of controlling the boost pressure than the mechanical or aftermarket electronic controller ever could, when the factory ECU is calibrated correctly. One of the major reasons I say this is, Inputs. The factory ECU has many sensor inputs that can in most cases be used to offset the target boost pressure, whether it be knock sensor input, Inlet air temperature, coolant temperature, current gear that the vehicle is in… and the list goes on. All of these potential inputs give the educated calibrator so much more flexibility to not only manage peak target boost and power, but also the ability to program in safe guards i.e. if the inlet temps get too high let’s pull out 20% of the boost target. Hence lowering the stress on the engine and turbocharger and providing a truly ‘smart’ system.
Let’s see you do that with your boost tee…

The only logical reason for these features not being setup correctly from the start would be that the original tuner didn’t know how to or forgot.

Just like the automotive industry itself the tuning industry is something that any credible tuning workshop would tell you is something that is constantly evolving and requires constant learning from the individuals that are actually tuning. At AHT Performance, we are 100% committed to staying at the forefront of this technology. Our performance team spend countless hours in research and development, regularly attending tuning seminars and are a Gold member of the High Performance Academy. The result – AHT Performance embraces the newest tuning techniques and features that are coming to market and we make them available for your performance vehicle.

Hacked load scaling, dud injector data, MAF transfer functions that closely resemble the Himalayas and butchered idle airflow requirements are just the start. While it is quite common for most ‘Tuners’ to be able to make a decent peak number on the dyno it most often seems that they forget that street vehicles are not held at wide open throttle very often and that in fact that would only make up maybe 1% of the driving that the vehicle would see on a normal day.

Taming a monster camshaft, forced induction or massive injectors with careful and precise calibration is no easy feat but when it is achieved it is possible for you to literally have your cake and eat it too. 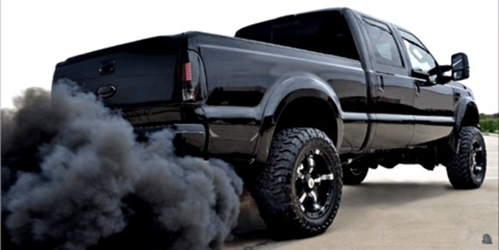